Given the lack of races this year we’re rolling the 2020 and 2021 Senior Road Race Championships into one so any races you did manage will still count. Rules here: Senior Road Running Championship

A fair few of us do the Stockport 10M each year. Quite why we get up on a Sunday morning in early December to race a tough 10 mile route in often grim weather, I don’t know. Maybe it’s the friendly atmosphere of the race, maybe it’s the varied course, maybe it’s simply to work of the affects of the Christmas party season?

This year it was virtual. So we did it in a few groups, across two weekends and – I think – enjoyed it.

Full results here, but a special mention to Dave Walmsley for winning the V50 category.

It’s most unlikely we will be able to hold a Presentation Evening this year, so we’ve decided to publish the 2019 Road Championship results. Members are asked to look through the list of “Races Run” and the “Table”; if you find any errors and/or omissions, please contact Brenda by the 14th November. As it stands, we’ll be giving nine awards as shown on the “Winners” attachment and we’ll post the awards to the winning individuals early in December.

The results of the 2018 road championships are below with Wendy Woodhead and Ed Fazakerley topping the scoreboards:

There’s still time to get your name on a 2019 trophy! Details or on the last page of the fixtures list, but roughly you have to complete at least five races out of the following:

If that seems hard to follow, don’t ask me exactly how the scoring works. Sir Isaac Newton claimed he discovered the mathematics of Calculus whilst trying to advance the science of physics, but I think he was just trying to work out the MANHAC road championships scoring.

END_OF_DOCUMENT_TOKEN_TO_BE_REPLACED

The Greater Manchester Marathon was voted best marathon by Runner’s World last year as well as most improved race.  So the very last thing we expected from Manchester this year was a complacently conceived shambles.

We arrived early on the tram, Chris, Lloyd, Glen, Graham, Jason, Emma and me.  We were to be joined by Jackie, Sarah, Wendy and Dennis.  We had trained for weeks under Jason’s patient instruction. Plodding the dark, wet streets of Manchester and pounding the dimly lit track at Wythenshawe, narrowly avoiding stray Winston Runners running the wrong way.

We arrived to the busy race village throng at the cricket ground, strong as gods, and we quickly set out to find somewhere for a poo.  We were confidently directed to “a load of portaloos”, but they had not been ordered.  Instead we were left to huge queues for the few toilets available as the chaos enfolded.

After a long wait for the toilet and with the start time impending I entered a scrum for the small singularity through which 1,000s of bags should pass.  In panic I chucked my bag gratefully towards Glen further into the scrum and legged it to the start line.  I didn’t know where anyone else was.  I saw Chris briefly stood on a wall with a glint in his eye and Jason as he strode with confidence to his rightful place near the front with Lloyd.

On to the race

The race began with some poor souls still left on a loo, some still trying to put their damn bags in and some left stranded somewhere in Trafford not having managed to park.  But it was exciting now, the sun was out and the carriageway stretched into the distance holding our dreams of glory and PBs.

I set off with the 3:15 pacer and got into a rhythm with that group.  The good people of Manchester lined the streets for us and we all started to smile.  There was music from bands and large choirs of ladies draped in black.  There were children with jelly babies, proud club mates old and new, boys and girls screaming our names and old men voicing their approval.  Everyone had turned out for us.

The course was not well organised.  It wasn’t clear when a drinks station was coming up and runners swerved dangerously across the road at the last minute.  Some points were far too narrow for the number of runners.  The mile markers were way off, with mile 19 proudly indicating what was in fact 19 and a half.  But yet people got together, drinks were passed round, obstacles highlighted and care was taken not to impede others.  At the London Marathon I saw people turn on each other at times, but there was none of this in Manchester, as everyone worked together.

Things start to get hard

People often say after a marathon that they were going really well till the last few miles.  Duh!  That’s the point.

Jason and Lloyd had set off at a stiff sub 3 pace and were beginning to see that their gamble had not paid off.  Mile by mile these two fine athletes were reduced to shuffling like old men.  First Jason shuffled past Lloyd, then Lloyd past Jason in their battle for the top.  It had all the drama of the 100m sprint for the over 90s.  But through grit and experience Jason got the best of this dramatic “shuffle off” (3:14 for a “good for age” for London) and Lloyd (3:15, just short of a GFA) drifted behind.  Jason described it has as his hardest race ever.  Again.

Chris and Glen ran nearly even pace for a fantastic PB (3:24) and debut time (3:40) respectively.  Despite the support of the amazing Barlow ladies, I lost a few minutes at the end and was just glad to finish to be honest (3:20), promising myself a rest next year.  Emma ran an outstanding 3:26 despite a late entry and not having been able to train for the last 10 weeks!  Sarah ran a fantastic PB (3:44) earning her a GFA for London.

Graham (3:35) didn’t quite reach his dream of sub 3:30, explaining later that it was just too long and too hard.  Jackie had a fantastic debut time of sub 4, which was so well deserved and I hope she does another.  Wendy and Dennis were close to 4 hour too, a sound marathon time.  All in all a good day for Manchester Harriers.

I made my way to the baggage queue at the end and was fortunate to get a place next to Jason.  We discussed our race and I held his place whilst he went to be sick from time to time still recovering from his dramatic shuffle off.  The queues were long and much worse would come as later runners faced unacceptable waits of hours in the cold, whilst the effects of the marathon took its toll.  As Glen explained in the MEN no less “it’s not really what you need after you have run 26.2 miles”.  It really isn’t.

After getting my bags I walked to the cricket ground for a sit down.  I passed a runner posing for a picture with his two little kids, as his foil blanket glinted from the sun.  He looked so proud and they looked so happy.  As I sat on the seats of the cricket ground in the sun I overheard tales of glory and plans for future races as proud friends and family listened on.

The organisers of the 40th Manchester Marathon let us all down, but the people of Manchester did not.  There was every ounce of bravery and kindness that you could hope to find at any marathon.  Manchester deserves a marathon and I hope it continues in the future in better shape.  Next year though I will be supporting you all, not running.  And I’ll hold your bags. 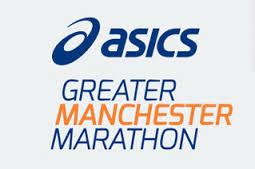 Club results from the Manchester Marathon below 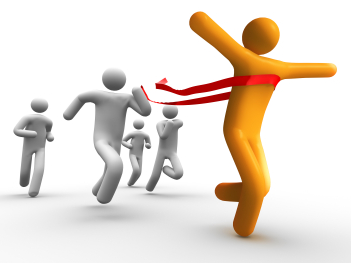 All posts
Scroll to Top
Manchester Harriers and Athletics Club
Blog at WordPress.com.